The Movies Books Make in Your Head...

My fellow bookworms can back me up on this: the best movies are books.

I don't mean that the best movies are those made from books, because that is decidedly untrue. In fact, there are some awful films that are fantastic books. (I'm looking at you, Hotel New Hampshire, and to some extent you, French Lieutenant's Woman.  Actually, I have a feeling the reason James Franco took so long to release his film adaptation of Zeroville is because it just couldn't compare to the absurdly spectacular weirdness of the actual book.) Yes, there are bad films made from good books. I suppose the reverse is also true, but I've already listened to enough arguments about Ready Player One and Twilight.

What I mean is this:  the scenes that play out in your head when you read a great book are better than any film.

I don't say this lightly!  I say this as a cinephile, photographer and avowed film nerd.  I studied film.  I make my own little films.  I watch films with a passion rivaled only by my love of books.

But... I've yet to see a film (even Bergman, even Spielberg, even Welles, even Tarkovsky or Goddard or Kubrick) who could best the cinema that plays in my mind when I read.

When I was in the fourth grade, I would have told you my favorite book was Harriet the Spy.  A book about a young girl who crawled around her neighbors' houses peeking through cracks and writing down what they said in her notebook was just about the coolest thing I could imagine.  This was no polite Nancy Drew story.  Harriet was tough.  While the vintage Nancy fussed over her hair and worried about offending boys, Harriet wore jeans and cared more about her writing than whether or not she was pretty or popular. And did I mention she snuck into houses?

I also loved the way I could see Harriet's world so clearly when I read her story.  Harriet's New York was my first taste of the Big Apple.  And while Woody Allen's cinematic odes to the city are some of my favorites on film, I have to admit that when I first saw Annie Hall I was oddly reminded (you guessed it) of Harriet the Spy.  Actually, when I saw Manhattan, Mariel Hemingway also reminded me of Harriet, but I guess none of us would be surprised if Woody Allen turned out to be influenced by underage literary heroines.

No movie screen could have contained the scope of Harriet the Spy as it unfurled, chapter by chapter, in my nine year old head.  It was an epic coming-of-age movie featuring a character so distinctly herself, I could not have named a living actress who could have adequately portrayed her.  I hadn't yet read Raymond Chandler, but I was already feeling the shadowy underbelly of adolescence.  As Harriet's sneaky adventures filled my head, the scenes could have been shot by John Alton for any film noir.  I didn't just read Harriet.  I saw Harriet and her entire world.

That's the wild alchemy of reading.  You get the words of an author and combine them with your own experiences, imagination, proclivities, fears and dreams ... and they all combine into a unique production that plays, page by page, just for you.

I am certain no other of the millions of Harriet the Spy readers has ever seen MY Harriet. There's magic in that!  I'm always amazed that something as quaint and harmless-looking as a book can wield so much power and literally project images of other worlds into people's brains.

With that in mind, here are a few more of my favorite books that have filled my mind with atmospheric, cinematic splendor:

John Fowles' masterpiece The Magus is rich with symbols, archetypes, mythological constructs and a literary labyrinth of plot twists and puzzles.  This is a truly unsettling work of contemporary fiction.  Plus, it is set on a fantastical Greek island, so prepare to be dazzled by the scenery.   When Nicholas Urfe accepts a position teaching on a mysterious island, he gets caught up in the nightmarish mind-games of a local recluse.  The book shows us all of it in creepy, beautiful detail.  This is Jungian, existential, and gorgeous.  It's what Kubrick probably wanted his film Eyes Wide Shut to be.

Spoonbenders, by Daryl Gregory,  is one of those books people who know me keep receiving as gifts.  I have not loved a novel this much in years, and I particularly enjoyed the audiobook version read by Ari Fliakos.  The writing alone fills your head with a grand, cinematic tale of intrigue, love and family weirdness.  (I switched back and forth from the book to the audio version, because I couldn't bear to stop reading even when I had to drive somewhere.) There are government agency shenanigans, mobsters, lost love, telekinesis and a long con worthy of a William Goldman  script.  Fliakos' remarkable voice acting brings the Telemachus family (and those they encounter) brilliantly to life.

You see the image on the background of this website?  Well, I chose it because I was so inspired by what the bookstore looked like in Mr. Penumbra's 24-Hour Bookstore.  Robin Sloan's novel is another recent publication that has me grabbing people and making them listen as I gleefully read it aloud.  (Several friends and family members received this book for Christmas last year.)  This book has everything: what it's like inside Google, the secret to eternal life, a mysterious underground society, young love, a curious curmudgeon boss with a heart of gold, obscure code-breakers and the city of San Francisco!

Wuthering Heights is the ultimate hot mess mid-19th century novel.  There's wild, codependent, doomed love.  There's a brooding, poetic bad boy who literally created the brooding, poetic bad boy archetype.  Forget Edward.  Forget Stanley Kowalski.  They pale in comparison to Heathcliff. And if you've ever been caught in a love triangle and wondered how you got there, you can feel inherently  superior to Cathy when you see her situation unfold.  Honestly, this book is like a beautiful steampunk trainwreck wrapped in heather gathered tearfully, so very tearfully, from foggy moors.  You don't really read this book.  Instead, it washes over you.

Arcadia is one of those novels that needs an accompanying decoder ring.  In a way it has one -- author Iain Pears created an app to go with it.  You can read the entire book on it in whatever order you choose.  But be warned:  there are three distinct, interlocking worlds in this novel with varying timelines and four characters galavanting through them affecting the future and the past.  I read it the old-fashioned way, page by page through the actual book.  The lushness of this novel is staggering!  People throw around the word awesome a lot these days, but this truly remarkable book deserves the descriptor.

Okay, so I couldn't very well talk about movies of the mind without including one that's NSFW.  After Nicholson Baker made phone sex into high art in Vox, he wrote The Fermata.  The Seattle Times described it as an "X-rated sci-fi fantasy that leaves Vox seeming more like mere fiber-optic foreplay."  I say people focus wayyyyy to much on the sex in Baker's literature and not nearly enough on the actual literature!  The Fermata is an ingenious bit of writing.  Telling a bizarre story of a man who can stop time--and chooses to do it for his own kinky pleasure--it's elegant, heartbreaking, and original.  It's also a very 90s book, and reading it will take you right back to a time before smartphones and social media.  Narrator Arno Stein's ultimate loneliness plays well in this setting. 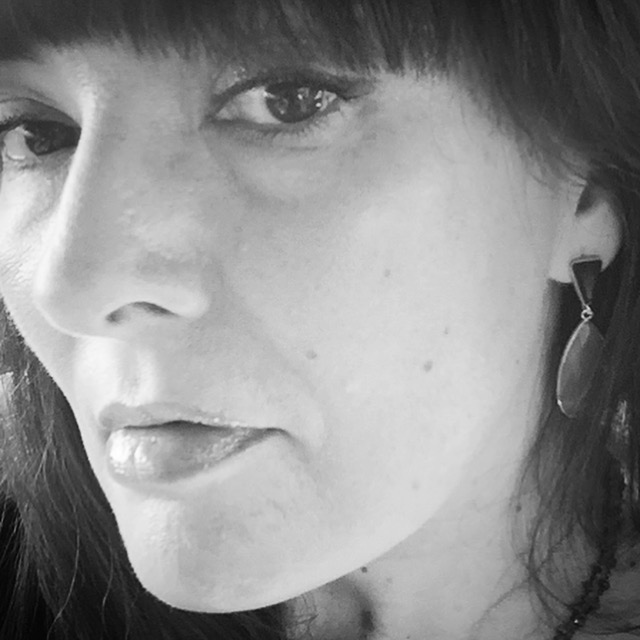 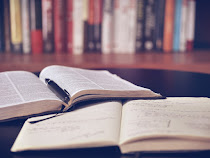 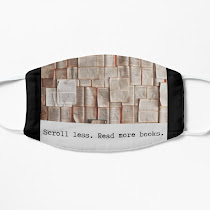 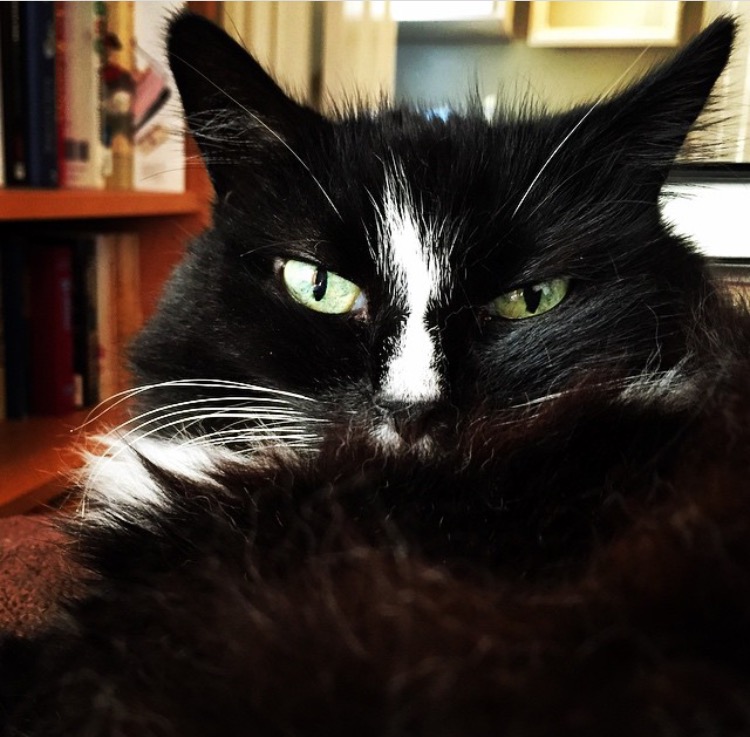 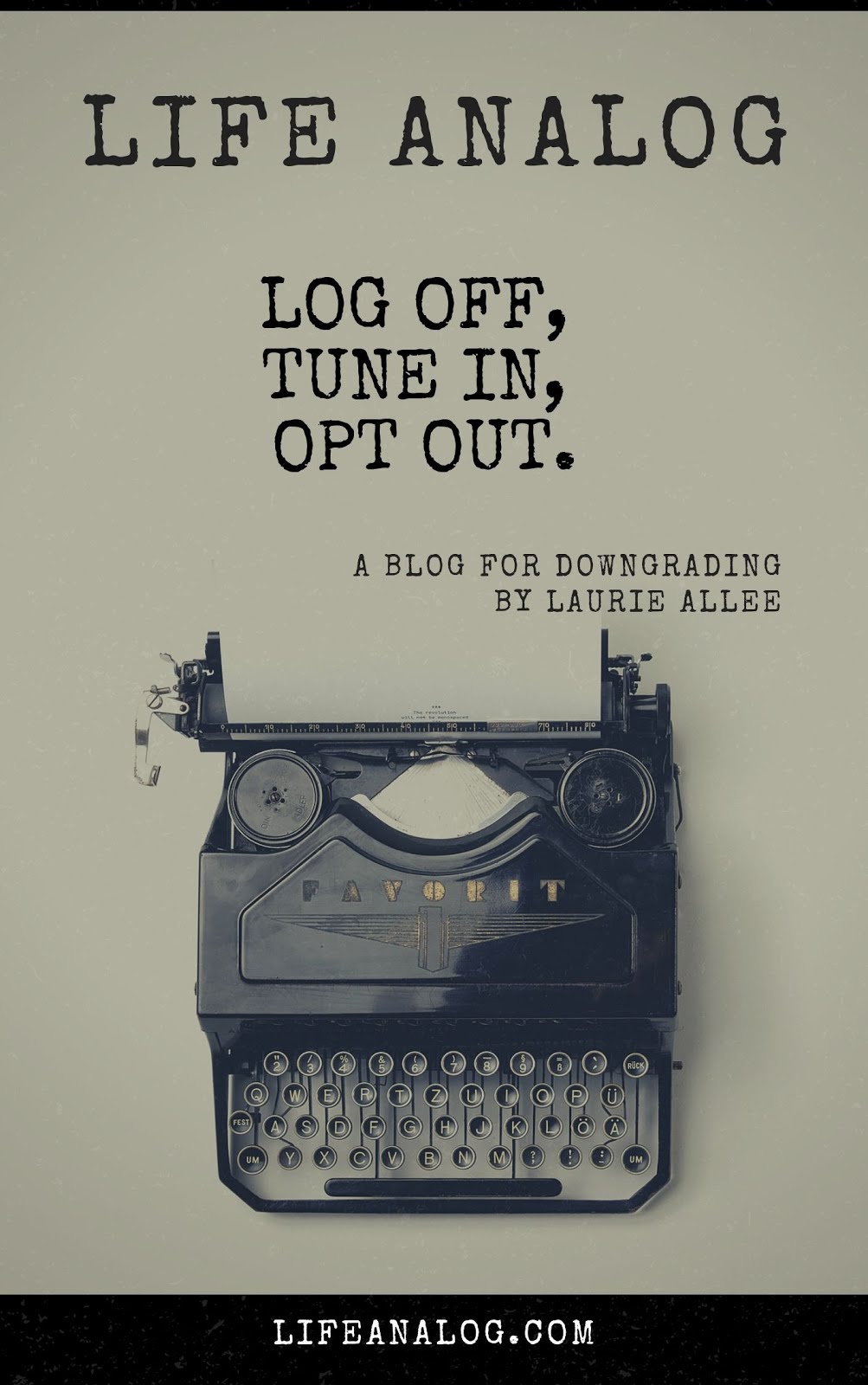 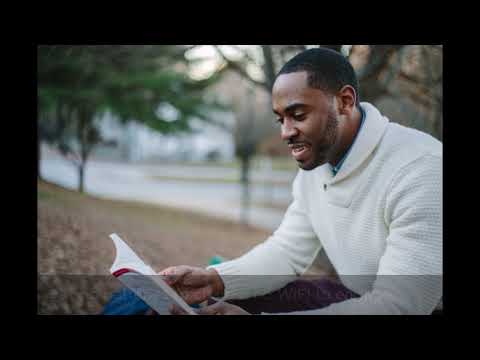 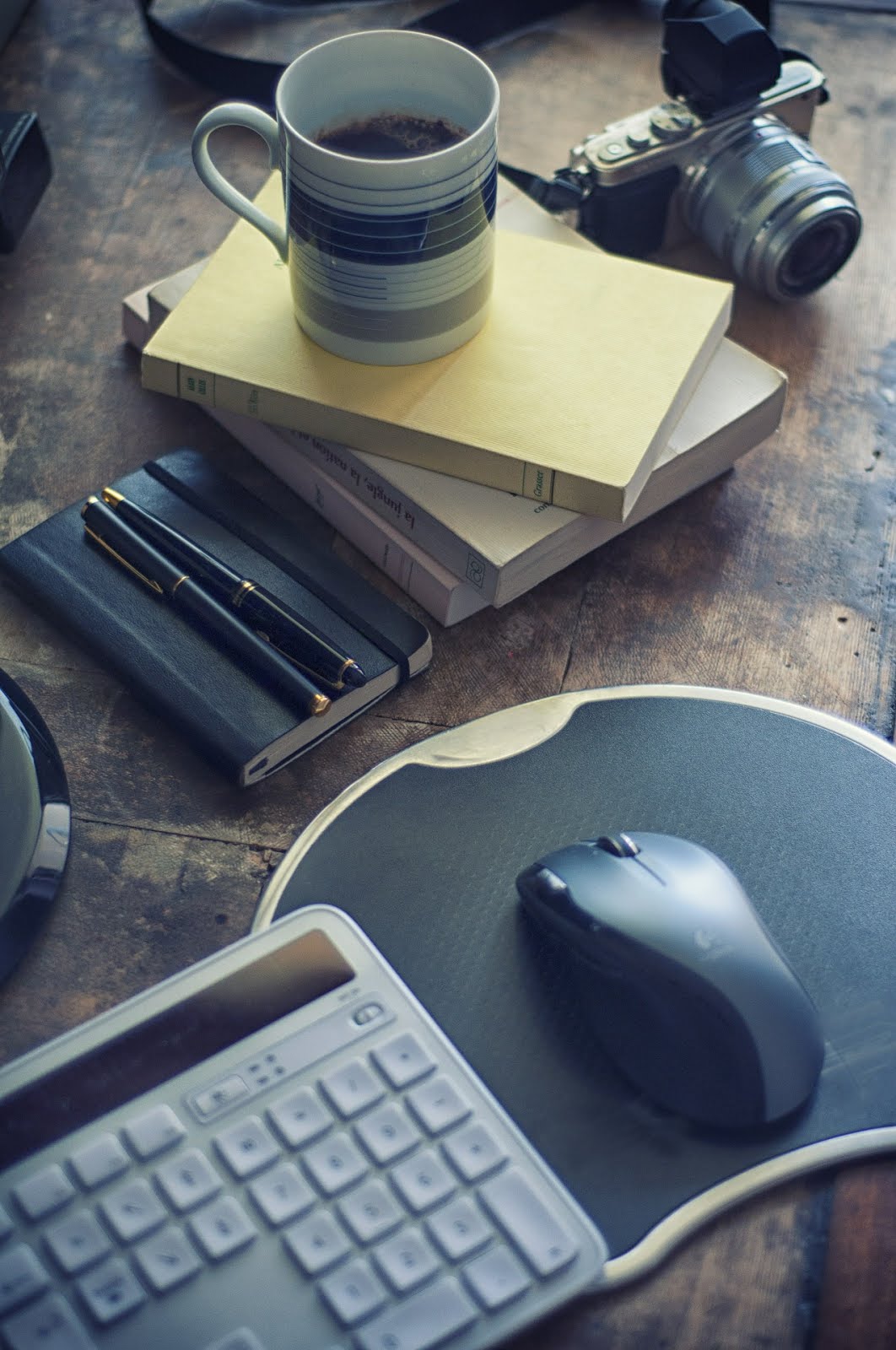 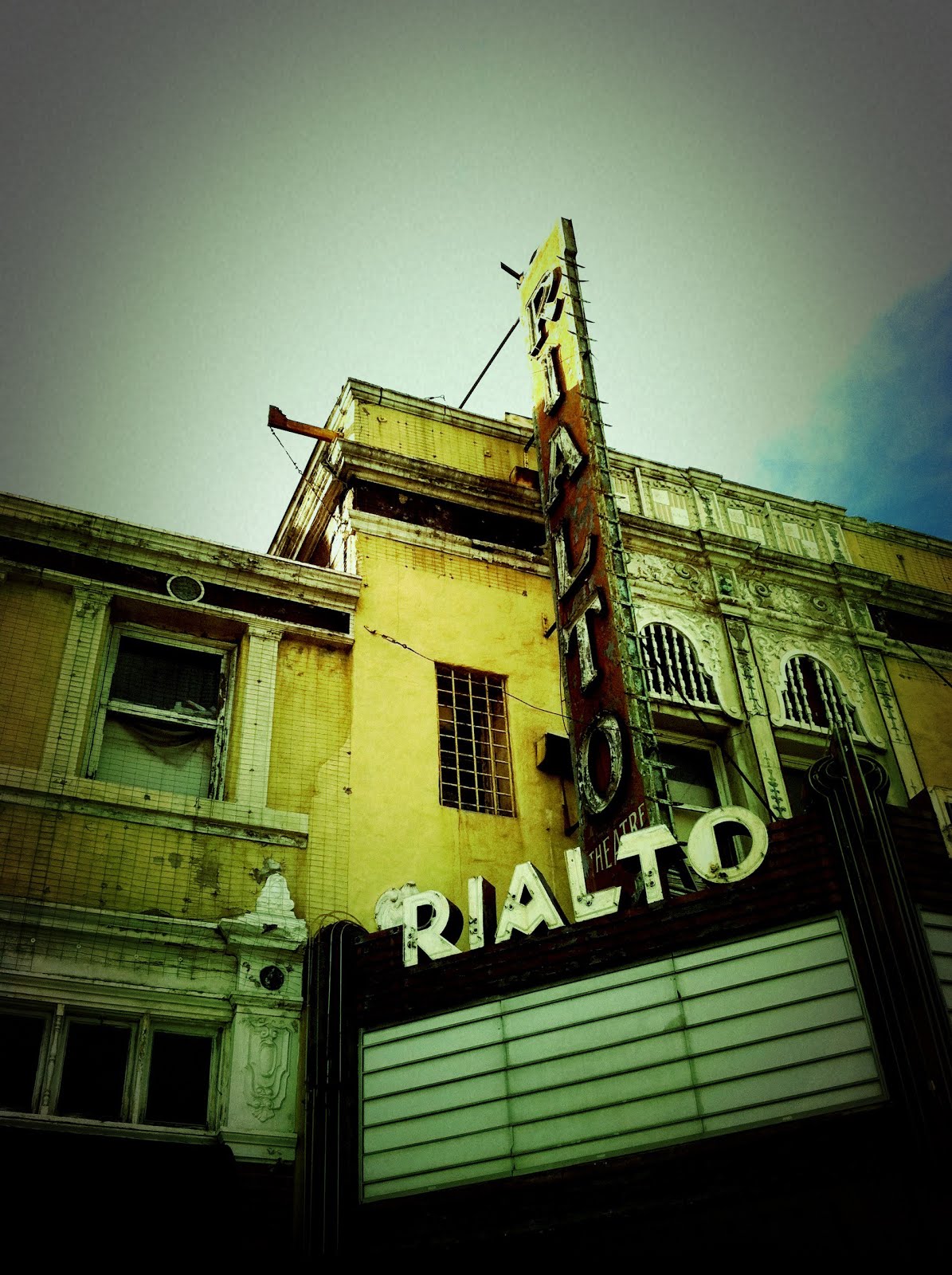 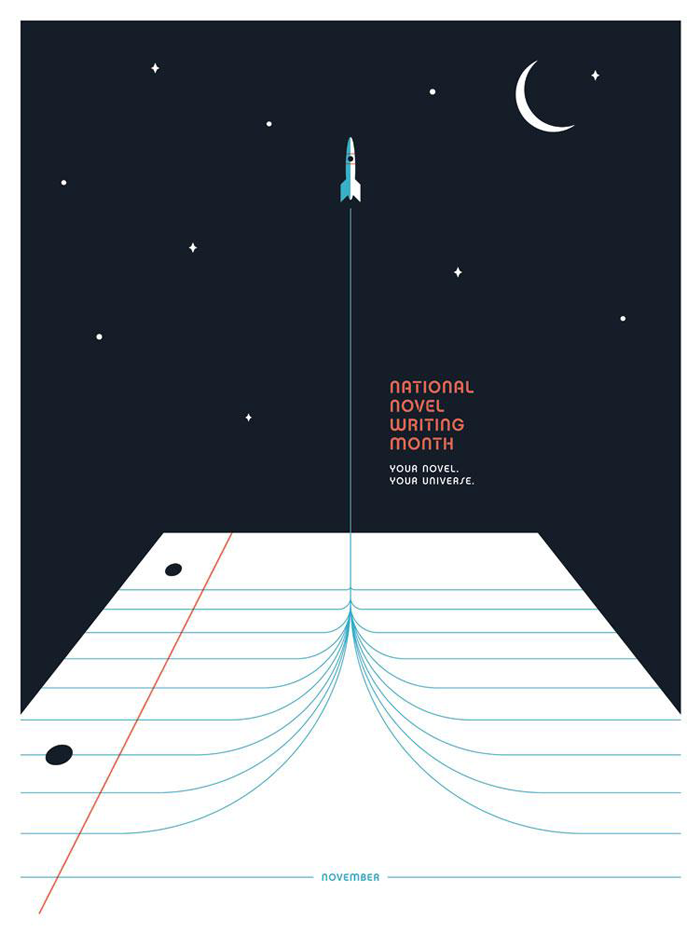